People tend to do the mistake of looking only on success stories without paying attention to the ones who did not reach that state. It is wise to learn from failed projects, products and companies, not only to not overestimate, but to increase our chances to succeed. 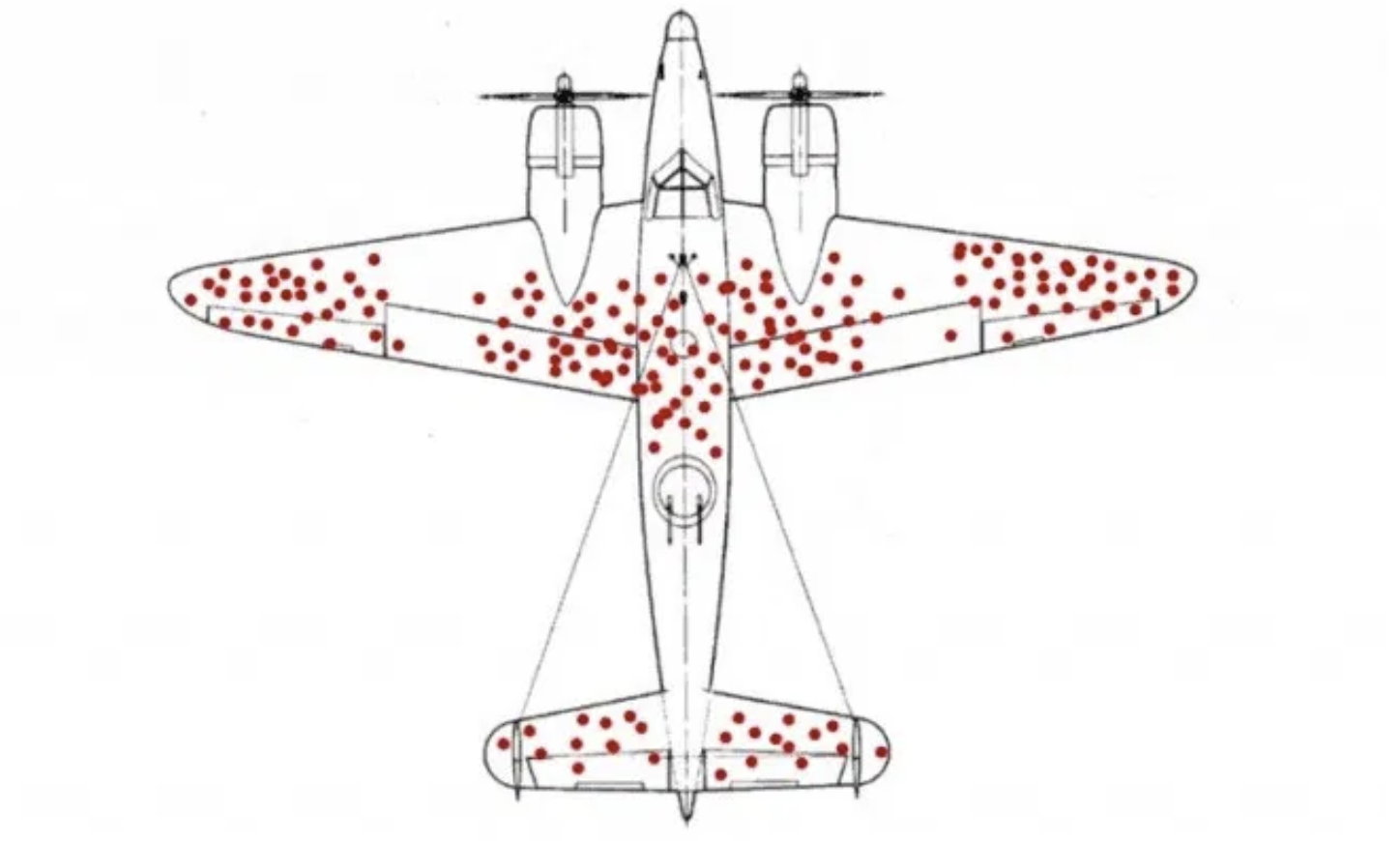 During the world war 2, British military asked the help of a statistician, to help decide where airplanes should get thicker amour. They looked over the bullet patterns and recommended to put them around the areas where they was mostly hit.

The statistician, realizing the survivorship bias, explained that the sample used is not the right one as it excludes the airplanes that did not make it back. Therefore his recommendation, and the correct solution, was to put armor where there were no bullets, as those were the critical places where planes were lost.

How to prevent it?

Links to this page